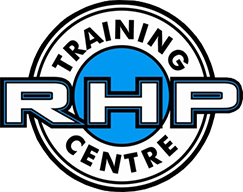 Danny Lepage has been an employee at RHP Training Centre since 2018. He is in the process of finishing his science degree in Kinesiology at Laurentian University and in the fall, he will begin his Master’s in Human Kinetics at Laurentian. Danny began his hockey career at the tender age of 3 and grew up playing for his hometown Walden Devils for many years, followed by various A, AA and AAA teams across the Sudbury District.

After playing prep school hockey at Hoosac School in upstate New York, Danny came back home to play Junior ‘A’ hockey in the NOJHL for the Sudbury Nickel Barons and then the Rayside Balfour Canadians, all of which he was a leader on the team. After 3 years of Junior, he signed with the Varsity Team at Laurentian University and played with them for 3 full seasons.

Danny recently finished his university hockey playing career. After many great memories he has decided to shift his focus towards his academic and professional career. For this reason, he decided to retire from playing. Danny is now looking forward to new challenges while developing and coaching players in the sport he loves.

Danny began coaching and instructing a number of years ago at Adventure North Hockey School and Hockey Opportunity Camp before joining the RHP Team. He enjoys and is committed to coaching and instructing and sharing his passion and knowledge of the game. Danny believes that this is a great way to continue being involved in hockey. Danny has an abundance of hockey knowledge to share with all of his clients.

He is looking forward to seeing everyone on the ice at RHP!

Brett Grew up playing hockey in the Copper Cliff minor hockey association before moving to the Sudbury Minor Hockey Association for AAA. In minor midget Brett moved to Toronto to attend PEAC Academy for athletes and play for the Toronto Red Wings AAA team.

Brett then returned to Sudbury to play 3 years in the NOJHL with the Sudbury Nickel Barons and Rayside Balfour Canadians. Once Brett began university he started playing for the London Nationals of the GOJHL, where they won a championship, and the following season Brett played for the St. Marys Lincolns of the GOJHL and the Cochrane Crunch in the NOJHL where he competed for a Dudley Hewitt Cup to finish off his 5 year junior career.

After finishing his playing career, Brett transitioned into coaching, and spent the 2019-2020 and 2020-2021 seasons as an assistant and skill development coach for the St. Marys Lincolns. After moving back to Sudbury to begin his accounting career, he has recently been named the Northern Ontario scout for the St. Marys Lincolns. Throughout his playing and coaching career, Brett has learned a lot about the sport, and can’t wait to share his knowledge with RHP clients!

Lisa is a NCCP Level 3 Figure Skating Instructor with additional qualifications in Canpowerskate, Canskate and Special Olympics.  She has been coaching skating, powerskating and edge/turn development for over 25 years.

Lisa was a competitive figure skater for 15 years.  She is a graduate of the Physical Fitness Management Program at Cambrian College.  Following her passion to teach children and touch the lives of others, she graduated with a Bachelor of Education from Nipissing University and is currently employed with the Rainbow District School Board.  Lisa dedicates herself to giving her students and clients the tools they need in order to succeed.  Her primary goal is to have a positive impact on their development both on and off the ice.

Lisa has been instrumental in the existing Complete Skating Program here at RHP Training Centre.  She has worked with a wide range of athletes with abilities ranging from OHL, QMJHL, NCAA, CIS, Junior all the way to Beginners.  Regardless of the level, Lisa can help athletes take their skating to the next level.  In addition to her role with RHP Training Centre, Lisa serves as a Guest Instructor for numerous NOHA clinics and workshops, including the U15 Development Camp as a Skating Development Instructor.

Perry has been playing hockey since he was 4 years old on his Dad’s backyard rink and in the town ‘barn’. Being part of a very successful hockey family, Perry was always spending his spare time at the rink, or playing on the outdoor ice in his hometown of Levack, Ontario.

Perry played Rep hockey from age 7 until 16. At age 17, Perry made the jump to Junior “A” hockey playing the next 4 years with the Onaping Falls Huskies. Perry led Onaping in scoring for 2 consecutive years while helping his team capture 3 Northern Ontario Junior “A” Championships. During his final Junior “A” year, he was named league MVP, won the Lady Bing Award for sportsmanship and held 16 individual scoring records.

Perry began coaching early on in the house league loop while playing Junior hockey as a teenager. He moved on to coach the Onaping Falls “AA” Midgets for 6 years, winning 6 consecutive Nickel District League Championships.

Moving forward Perry coached the Onaping Falls “AAA” Bantams for 5 years, while taking on the role of manager for one season. During his time with the Bantams, Perry brought two teams to Holland to play internationally, winning the tournament Championship once.

Perry went on to coach the Sudbury Lady Wolves “AA” Midgets for 2 years before taking a leave of absence to spend more time with family and instruct hockey schools. Perry then began instructing hockey schools with Power Hockey Systems as the lead power skating instructor for 2 years. He continues to facilitate various hockey schools throughout the Sudbury District.

Perry recently completed the 2019-20 season as Assistant Coach with the Rayside Balfour Junior “A” Canadians where he helped lead the team to a franchise best record of 40 wins.

Perry is looking forward to sharing his knowledge of the game with the clients at RHP!